History and curiosities on a winter walk 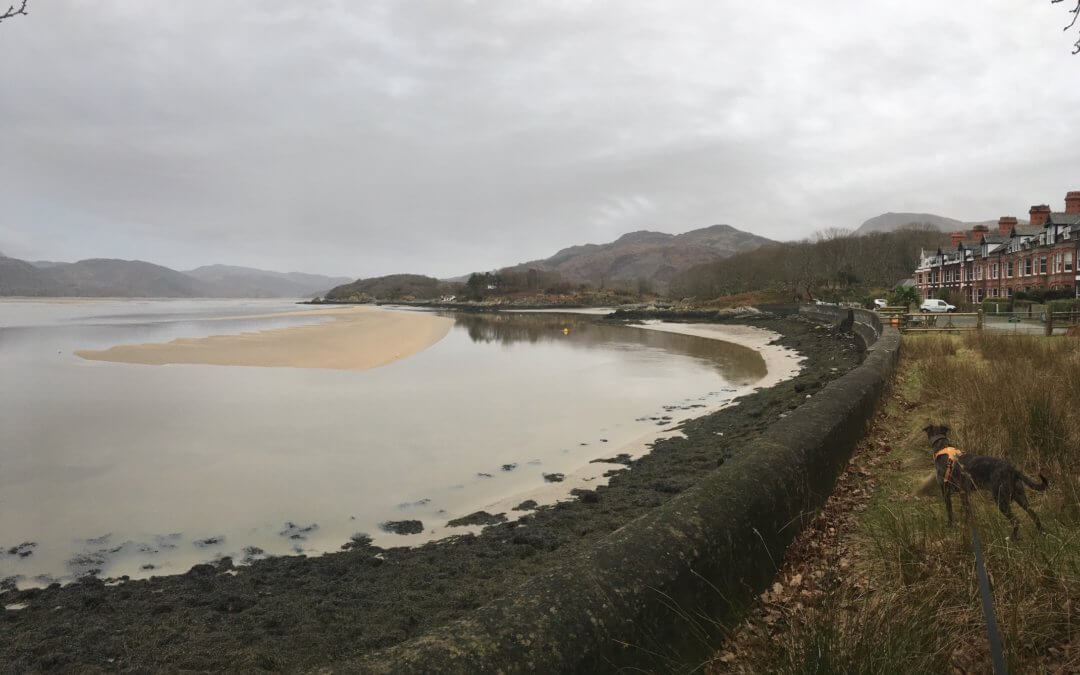 Many people walking from Graig Wen head straight for Barmouth along the Mawddach Trail. The trail is a former railway line which closed in 1965. It runs along the estuary to meet the existing Cambrian Coast line at Morfa Mawddach, a tiny request stop station. You can then walk across the iconic Barmouth Bridge, the longest timber viaduct in Wales and one of the oldest in regular use in Britain. If you would like to vary the return route, or just make a short circular walk starting from Morfa Mawddach station, then it’s worth exploring the historic headland of Fegla Fawr

I’ve always thought there’s something quite secretive about Fegla Fawr. It’s a favourite winter walk of mine and on a still winter’s afternoon with the light fading it has an eerie atmosphere.

On the map it just looks like a footpath round a rocky headland with a few buildings. But it’s also a place of history, failed dreams, strange characters and some curious structures.

At high tide much of the surrounding marsh near Barmouth Bridge disappears completely underwater – unseen channels can sneak around behind you or block your progress – so be careful if the tide is incoming.

Turn a corner inland and you’ll see the incongruous red brick terrace of Mawddach Crescent. In 1894, Solomon Andrews, a Cardiff entrepreneur, built the Crescent (now private houses) as the start of an intended holiday resort. However the development stalled because the surrounding land proved unstable and unsuitable. During the Second World War, the Royal Marines commandeered Mawddach Crescent which was known as Iceland Camp. The marines also built huts nearby – you can still find concrete foundation bases and steps leading nowhere between the trees. Most unusual are the sentry boxes on the lane which would have guarded access. One of these artfully constructed little shelters now lurches off the grass verge, looking suspiciously like it is drunk on duty.

All is quiet here these days, with the odd heron and sandpiper marking the water’s edge, owls flying low at dusk over the marshes and squirrels darting through the twisted oaks. Treacherously slippy sleeper bridges lead into banks of reeds higher than your head, where hidden creatures rustle and slide through the mud.

For years a woman lived in a tent encampment up on the wooded crag. Hidden away but in plain site if you knew where to look.

“Tough as old boots” and a trouble maker some people called her. I heard a rumour she came as a companion for another elderly lady who lived nearby but somehow ended up sleeping outside. You’d see her walking the lanes, sporting a garish psychedelic swimming costume in summer. She’d turn her back on passing cars and shout “Knobhead” at unsuspecting cyclists. She once terrified an otherwise unflappable young woman who worked for us who asked her what time the train was due on the lonely platform of Morfa Mawddach station. The strange lady produced a whistle and blasted it loudly in the younger woman’s face.

She’s long gone now. Moved further north to the comfort of a caravan someone said.

Our local landscape is full of hidden history, stories and folklore – come in and ask for some recommendations if you’d like to know more.

If you are interested in the military history of the Mawddach area you can read more here. 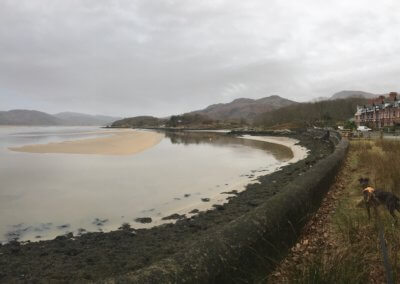 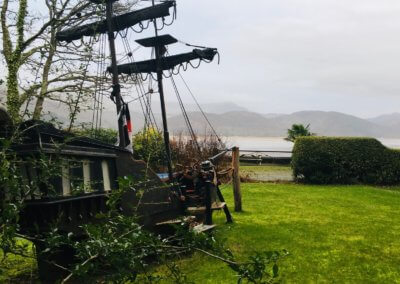 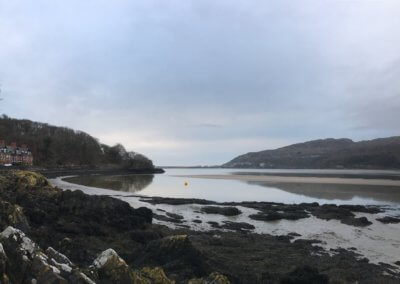 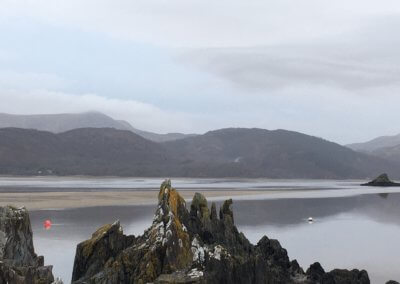 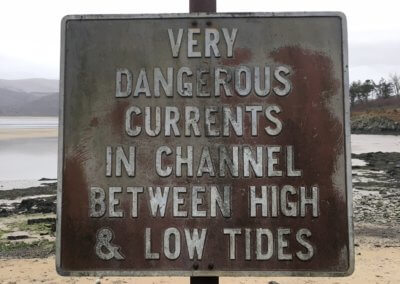 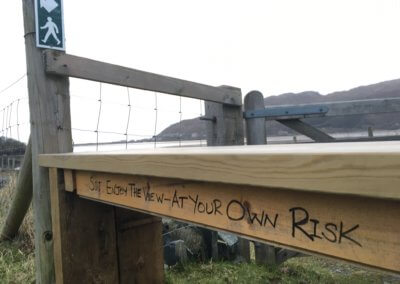 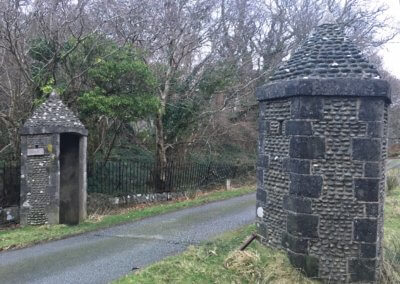 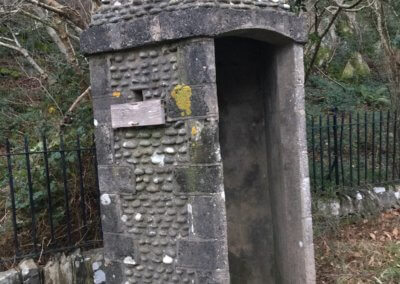 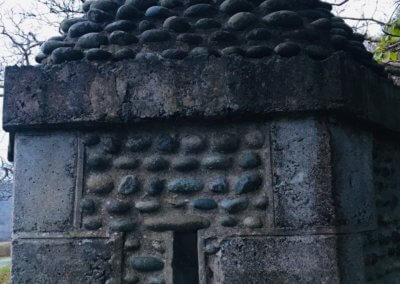 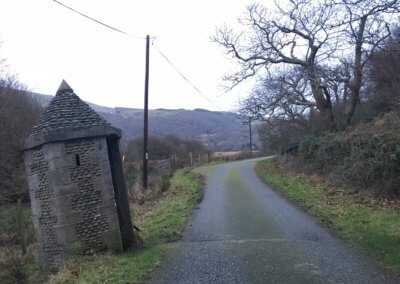 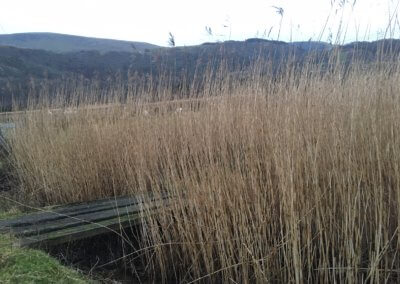 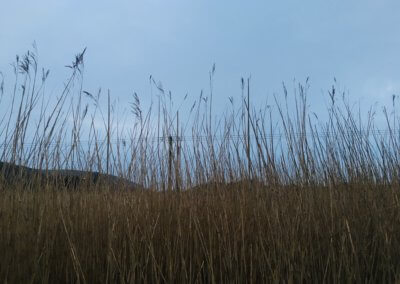